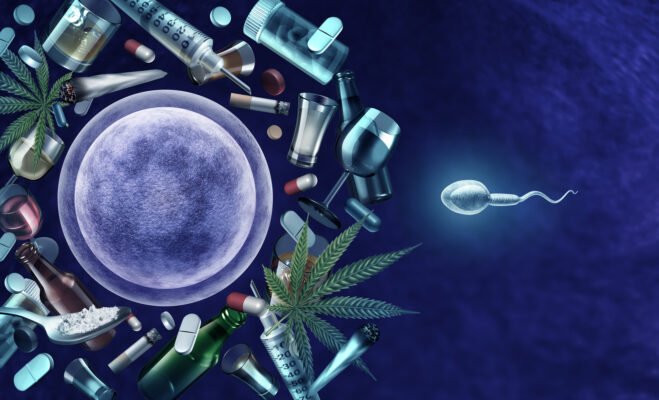 If you are thinking of having a baby, you are probably aware that you will have to stop drinking when pregnant. The risks are well known. What about before, though? Is there any harm to drinking when you are trying to conceive, and can alcohol affect your future fertility?

How Does Alcohol Affect Fertility?

Fertility is a complex issue affecting one in seven couples in the UK trying to conceive a baby. What you view as fertility can be wider than even this, though.

Even after conception, a fetus can be impacted by the previous drinking, reducing the success rate of pregnancies.

Despite this, there is general scepticism about how seriously we should take these concerns. While some studies show a significant reduction in successful pregnancies in those who drink alcohol regularly, others show a moderate amount increases fertility.

This might not sound very clear, but it is likely due to moderation as a general personality trait. More moderate people tend to have lower rates of obesity, a healthier diet and lifestyle and are less likely to smoke tobacco, all proven negatives in fertility.

The figures change significantly when it comes to heavy drinking. There is widespread and definitive evidence that binge drinking, particularly, has a highly detrimental effect on fertility in women and men.

Why does Alcohol Effect Fertility?

The answer to this question depends on your biological gender. Alcohol has a profound short- and long-term effect on your fertility in both sexes, but the reasons are quite different.

How Does Alcohol Affect Fertility in Women?

Alcohol can impact our hormones, particularly estrogen, which is the female hormone responsible for everything from your menstrual cycle to menopause.

Levels drop significantly after menopause. In conception, estrogen rises and causes the release of eggs to be fertilized.

Alcohol in excess can increase your estrogen. This might not seem bad until you consider how it can cause irregular menstruation. Irregular periods mean you don’t know when you should be trying for a baby.

It makes it easy to miss your chance and greatly reduces your chances of successful conception. Also, too high estrogen can lead to anovulation, where you do not ovulate.

In women, there is a strong link between heavy drinking and a reduction in the number of eggs they have available to be fertilized.

The results of extensive studies have shown mixed results. The evidence for moderate drinking is not so clear. However, it is probably worth a try if you are struggling with fertility and can stop drinking. If you are not able to stop drinking, on the other hand, you may be a dependent drinker and should try to detox and quit before you are pregnant.

Similar to how it impacts female hormones, excessive drinking can reduce testosterone levels in men and raise it in women. This has several negative effects that can impact fertility in males.

The first and foremost issue is testosterone’s effect on libido and erectile function. Without these, the likelihood of successful natural fertilization is reduced or even eliminated.

The second issue with testosterone reduction is that it affects the volume and quality of sperm. This causes a drop in not only the chances of a fertilized egg but also the success of pregnancy. Embryos with chromosomal defects or other issues are likely to end in miscarriage.

Testosterone isn’t the only concern either. Men who drink excessively are likely to neglect their nutrition. Imbalances and deficiencies in certain minerals, such as zinc and magnesium, can reduce fertility in men.

One final concern when talking about alcohol and fertility is sexual health. In general, taking care of your body and alcohol don’t mix; this goes for sexual health too.

When we drink frequently and heavily, our inhibitions, sense of danger and safety are less. This means that we are less likely to take care to protect ourselves against sexual infections. Many symptomatic and asymptomatic infections, such as chlamydia and gonorrhoea, cause PID (Pelvic Inflammatory Disease), which can permanently damage the female reproductive system.

While there is a question mark over moderate drinking and fertility, it may be worth sticking on the safe side. You won’t be recommended to drink during the nine months of pregnancy, perhaps longer if you breastfeed, so if you are worried about stopping, now is a good time to try it out.

You have less to lose by stopping drinking than you might think. Even if this is just a temporary period, it can be a good idea to consider drinking much less as a parent. Looking to the future, even moderate drinking can cause children to feel nervous, embarrassed and stressed.

https://www.ncbi.nlm.nih.gov/pmc/articles/PMC5504800/ Alcohol and fertility: how much is too much?

How It Works
Products
Cart